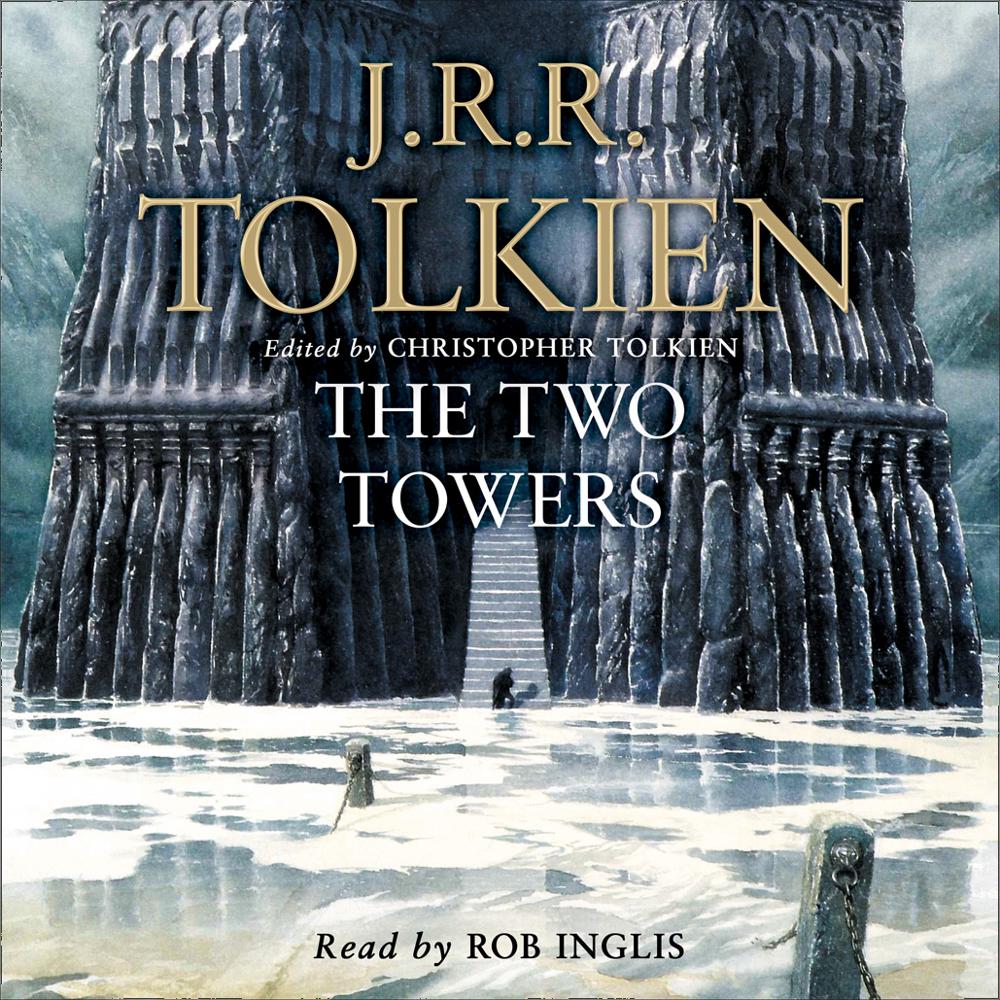 Building on the story begun in The Hobbit and The Fellowship of the Ring, this is the second part of Tolkien’s epic masterpiece, The Lord of the Rings.

Frodo and the Companions of the Ring have been beset by danger during their quest to prevent the Ruling Ring from falling into the hands of the Dark Lord by destroying it in the Cracks of Doom. They have lost the wizard, Gandalf, in the battle with an evil spirit in the Mines of Moria; and at the Falls of Rauros, Boromir, seduced by the power of the Ring, tried to seize it by force. While Frodo and Sam made their escape the rest of the company were attacked by Orcs.

Now they continue their journey alone down the great River Anduin – alone, that is, save for the mysterious creeping figure that follows wherever they go.

‘Tolkien’s invention of strange peoples, curious incidents, miraculous doings, is poured out in this second volume of his trilogy as exuberantly and convincingly in a dreamlike way, as ever. As the story goes on the world of the Ring grows more vast and mysterious and crowded with curious figures, horrible, delightful or comic. The story itself is superb.’
Observer

‘Among the greatest works of imaginative fiction of the twentieth century.’
Sunday Telegraph