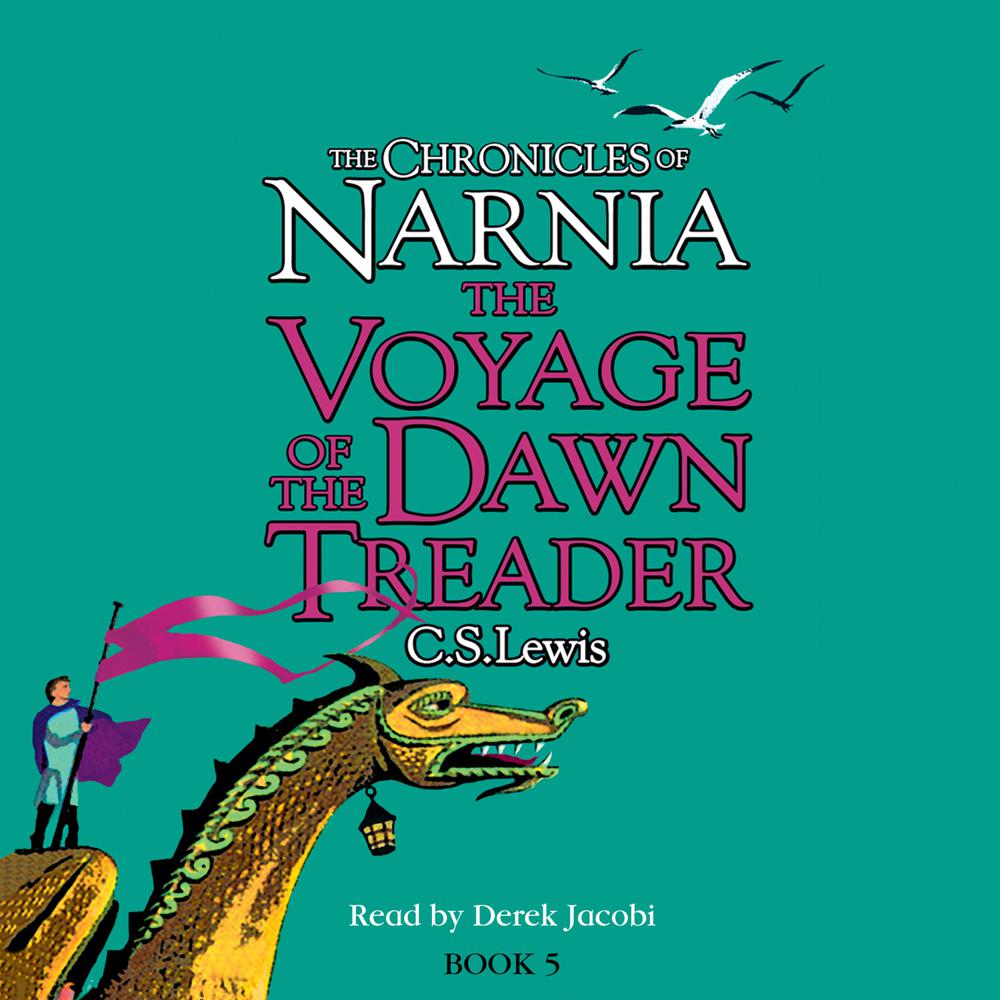 The fifth in the series of the classic fantasy tales – The Chronicles of Narnia. A complete and unabridged edition of this enduringly popular Children’s book.

“Stop it!” cried Eustace. “It’s some silly trick you are playing! Ow!” A great cold salt splash had broken right out of the frame and they were breathless from the smack of it, as well as being wet through.

Lucy and Edmund, stuck with their awful cousin Eustace, suddenly find themselves in a picture of a sailing ship – the Dawn Treader – and realise they have been drawn back into the land of Narnia. They are reunited with old friends, the young King Caspian and Reepicheep the mouse on a voyage of discovery to the End of the World…